The UK and the ECHR : shocking behaviour should not be accepted anymore

Preamble for any English-speaking reader that somehow ends up on this page : this is a usually French-speaking blog whose purpose is to make law accessible to the greater number. Our articles are normally only in French, but since this one is about the United Kindom, I figured – probably wrongly – that it could be of interest for English-speakers who are having trouble with that difficult language that is French. So, behold our very first article in English ! Oh, and a word of notice : this article is mainly directed against the current Prime Minister, not the country nor its people.

It is the kind of news that goes widely unnoticed, buried beneath subjects such as the islamic threat, the Scottish referendum or the latest sports events. But in the (too) small microcosm of people who care about human rights in Europe, it has the effect of a small bomb. The government of an important member country of the Council of Europe just announced that it is intending to withdraw from the European Court of Human Rights (ECtHR), arguing that it doesn’t need instructions from judges in Strasbourg. More precisely, it would do away with the « automatic » implementation of its rulings by creating some kind of parliamentary control over which decisions would be implemented, allowing the parliament to block a decision that would be unpleasant to the country. In other words, a member country of the most important organisation on human rights in Europe threatens to pull out of collective rules and apply on an « à la carte » basis rights that are supposed to be universal.

Don’t tell me what to do

But what country, may you ask, is capable of such an outrage (or of such common sense if you’re a moron) ? Putin’s Russia, the country that suffers the most condemnations at the hands of the Court ? Erdogan’s Turkey, which often competes with Russia for first place ? Or Azerbaijan, whose president has succeeded his father and is regularly elected with more people voting for him than people who hate François Hollande in France (and that is no small feat) ?

Well, if you think that, you’re obviously wrong. We are actually talking about the country who invented the Magna Carta, who adopted the 1689 Bill of Rights a century before the French revolution, who epitomizes the concept of Habeas Corpus and whose people insist on driving on the left when no one else on the continent does it : the United Kingdom of Great Britain and Northern Ireland, whose current sovereign distinguishes herself by her wonderful taste in clothing.

David Cameron dealing with the ECHR, by Guillaume Beck

Indeed, the ruling Conservative Party and his leader, current Prime Minister David Cameron, has just announced that it has added the following proposals to its electoral platform :

Anyone familiar with the current system will immediately see the inherent flaw in this second proposal. To put it simply, the Council of Europe – not to be confused with Brussels’ EU – is a classic international organisation in which every member country has the same rights and obligations. Those member countries are bound by a number of treaties which they have freely ratified, the most important of wich is the ECHR. Its application is ultimately controlled by the ECtHR in Strasbourg, which can be petitioned by any individual citizen, but only once all national remedies are exhausted : the first interpreters of the Convention are the national judges, and it can take years before a case gets to Strasbourg – if it ever gets there.

The implementation of the Court’s rulings is sometimes blocked by the States in practice. It is however clear that they have a legal obligation to implement them, pursuant to article 46 of the ECHR. The execution of the rulings is  supervised by the Committee of Ministers, the decisionary body of the Council which comprises all member States – including the condemned country which has a say in how the decision should be implemented. Implementation of a ruling that condemns a member State implies first and foremost the payment of damages to the plaintiff, and then if necessary, a legislative change. But this is only to avoid future condemnations based on the same violations : there is actually no way the Court can force such a change on a national parliament, which shows that this proposal is about politics, not law. In effect, the Tories’ plan would not give more powers to the parliament to « block » a decision than it already has. Problem is, it sends a very wrong message based on serious misconceptions of what the ECHR is all about.

To give concrete examples of the positive impact the ECtHR case law has had in the UK, one could report to cases such as the Dudgeon case ((ECtHR, Dudgeon v UK, 22 october 1981)) which struck down the criminalisation of homosexuality in Northern Ireland, the Sunday Times case ((ECtHR, Sunday Times v UK, 26 april 1979)) in which an injunction not to report on the thalidomide scandal has been deemed as a violation of the freedom of the press, or more recently the Marper case ((ECtHR, S and Marper v UK, 4 december 2008)) in which the Court said that storing DNA information on people who have been acquitted or discharged was a violation of their right to privacy.

British papers, however, have chosen in recent years to put large emphasis on other, more controversial decisions, which are used by David Cameron to justify his plans. Everyone in the UK has heard about the famous Hirst case ((ECtHR, Grand Chamber, Hirst v. UK, 6 october 2005)) in which the Court has ruled that a blanket ban on prisoners’ right to vote, no matter what they did, goes against the Convention (notice that the Court has never said that all prisoners should be allowed to vote, contrary to what Mister Cameron seems to think). Extremely shocking for the governement, which has vowed never to implement this decision. Since when are criminals human beings ? Fortunately, this should all be over with the new proposal, and Britain will finely be able to treat terrorists and criminals as it pleases.

God save Britain (from Cameron)

So, how can I summarize my reaction to this conservative proposal, which is consistent with the simplistic anti-european approach that has been adopted by Mister Cameron since he was elected ? I could speak for great lengths about this crazy logic which consists of giving politicians the right to block a judiciary decision, in violation of the separation of powers. I could insist on the fact that no national body should be allowed to block a European ruling which is supposed to be above national law. I could say that being a sovereign country does not put one above international law. I could observe that the judges from the ECtHR are perfectly legitimate since they are elected by national MPs who are members of the Parliamentary Assembly of the Council of Europe. I could state that human rights are not designed only for criminals, and that we need common standards to improve the rights of european citizens on the long term. I could say that I am shocked by this attempt to get a special treatment and do away with collective rules that bind all other member States. I could remind Mister Cameron that if he wants to pursue with his reasoning, the only coherent decision would be to leave the Council of Europe altogether and join Belarus – the last true dictatorship in Europe – as the only European country that is not a member of the Council. I could finally lament on the fact that one of the oldest and most established democracy in the world is treating the ECtHR with even more contempt than the usual « bad guys » of the Council of Europe – and rest assured that those will not miss the opportunity to justify their attitude by quoting the British Prime Minister.

But I will stop here. I already spent too much time on this idiotic and dangerous proposal. Instead, I will paraphrase Mister Cameron when he says that the British don’t need instructions from judges in Strasbourg. No, Mister Cameron, what the British don’t need is a mediocre leader such as you whose only plan for the country is to try and overtake the UKIP’s xenophobic and populist platform, and who might actually make us miss Tony « Bliar ». So, for all these reasons Mister Cameron, as a Frenchman with an outrageous accent, I’m happy to fart in your general direction ((Copyright Monty Python))… 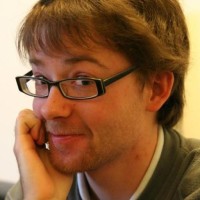